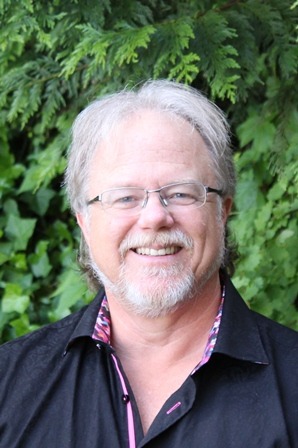 “My approach to real estate is the way I approach life. Do the best you can all the time and enjoy what you’re doing. Life’s too short to do less.”

Kim is a first generation Danish Canadian and a native to British Columbia. Kim Johannsen was born and raised in New Westminster and has been living in the Cowichan Valley since 1985. Settling in Cowichan Bay after moving to the area from Victoria, Kim and his wife Jitka, now call this area home.

In the Navy now:

A 10 year career in the Canadian Navy brought Kim to the Island serving on HMC Ships as a Marine Engineer and Officer. Both a formal education and equally valuable life experiences were provided during service to his country which Kim says has helped him immensely with his career in Real Estate. Kim has also owned and operated a painting contracting business in the Cowichan Valley. This valuable experience now helps Kim with his clients in offering tips for market preparation and renovation ideas.

Kim was licensed in 1993 and joined RE/MAX in 1994. In Kim’s first year at RE/MAX he earned the coveted RE/MAX 100% Club Award and the MLS Medallion which he’s earned every year since. Kim’s desire to succeed in this highly competitive field have helped to make Kim consistently place in the top 1% percent of all Realtors selling in the Cowichan Valley. Being personally involved with almost all aspects of real estate prompted Kim to pursue a career as a Real Estate Sales Professional. Kim has both built and renovated homes, personally subdivided property, rezoned property, bought and sold numerous properties and is a landlord to several rental properties. Real estate is one of Kim’s favorite topics.

Other interests Kim has include sailing, hiking, camping, drawing, skiing, canoeing, tubing, scuba, mountain biking and most outdoor activities he can find any time for. Kim and his wife Jitka are also proud parents of twin boys, Erik and Kyle.